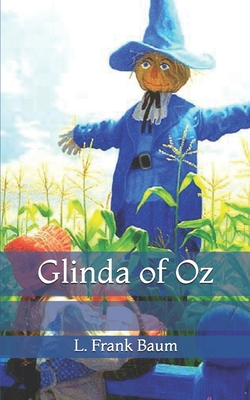 This interested Ozma, of course, but it didn't interest Dorothy very much, so the little girl ran over to a big table on which was lying open Glinda's Great Book of Records.This Book is one of the greatest treasures in Oz, and the Sorceress prizes it more highly than any of her magical possessions. That is the reason it is firmly attached to the big marble table by means of golden chains, and whenever Glinda leaves home she locks the Great Book together with five jeweled padlocks, and carries the keys safely hidden in her bosom.I do not suppose there is any magical thing in any fairyland to compare with the Record Book, on the pages of which are constantly being printed a record of every event that happens in any part of the world, at exactly the moment it happens. And the records are always truthful, although sometimes they do not give as many details as one could wish. But then, lots of things happen, and so the records have to be brief or even Glinda's Great Book could not hold them all.Glinda looked at the records several times each day, and Dorothy, whenever she visited the Sorceress, loved to look in the Book and see what was happening everywhere. Not much was recorded about the Land of Oz, which is usually peaceful and uneventful, but today Dorothy found something which interested her. Indeed, the printed letters were appearing on the page even while she looked.This is funny! she exclaimed. Did you know, Ozma, that there were people in your Land of Oz called Skeezers?Yes, replied Ozma, coming to her side, I know that on Professor Wogglebug's Map of the Land of Oz there is a place marked 'Skeezer, ' but what the Skeezers are like I do not know. No one I know has ever seen them or heard of them. The Skeezer Country is 'way at the upper edge of the Gillikin Country, with the sandy, impassable desert on 5one side and the mountains of Oogaboo on another side. That is a part of the Land of Oz of which I know very little.I guess no one else knows much about it either, unless it's the Skeezers themselves, remarked Dorothy. But the Book says: 'The Skeezers of Oz have declared war on the Flatheads of Oz, and there is likely to be fighting and much trouble as the result.'Is that all the Book says? asked Ozma

Glinda of Oz: Glinda, the Good Sorceress of Oz

Glinda of Oz: Original and Unabridged