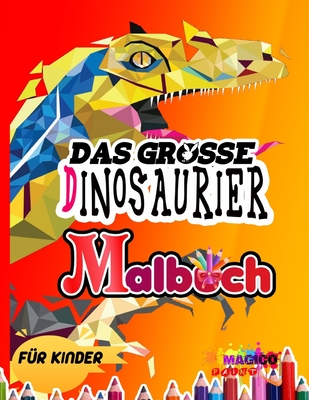 Das grosse dinosaurierWorld of the dinosaurs. Through his children's book The Little Blue Brontosaurus, which formed the basis for The Land Before Time animated series, to his murals of prehistoric life and visionary designs for dozens of films, Stout's award-winning artwork immerses you in places real and imagined to encounter fascinating creatures. create your own prehistoric realm. From long-necked Apatosaurus to horned Zuniceratops and, of course, mighty Tyrannosaurus rex, over eighty dinosaurs are featured within, each of them hand-drawn and precisely rendered in pen and ink among the flora of their era. To journey through time to the kingdom of the dinosaurs, all you need are pens, pencils, and a bit of imagination.

The Designer's Dictionary of Color

Branding Terror: The Logotypes and Iconography of Insurgent Groups and Terrorist Organizations

Celtic Art: The Methods of Construction

OM for the hOMe: A Holistic Approach to Interior Design for Your Overall Wellbeing, Body, Mind and Spirit

For the Love of Books: Designing and Curating a Home Library

Designing Motherhood: Things That Make and Break Our Births

Nike Air Jordan Coloring Book: For creativity and custumizing for kids and adults

Design of the 20th Century

Architectural Digest: The Most Beautiful Rooms in the World

Design Justice: Community-Led Practices to Build the Worlds We Need

The Well-Loved House: Creating Homes with Color, Comfort, and Drama

A City Is Not a Computer: Other Urban Intelligences

The Art of Wolfwalkers

Dragons & Pagodas: A Celebration of Chinoiserie

Hello World: Being Human in the Age of Algorithms

Get Impressed!: The Revival of Letterpress and Handmade Type

X-Men: The Art and Making of the Animated Series

Design as an Attitude

What Can a Body Do?: How We Meet the Built World

Rattan: A World of Elegance and Charm

This Book Is a Planetarium: And Other Extraordinary Pop-Up Contraptions (Popup Book for Kids and Adults, Interactive Planetarium Book, Cool Books for

The Principles of Pretty Rooms

The Little Book to Land Your Dream Job

Home: A Celebration: Notable Voices Reflect on the Meaning of Home

Ruined by Design: How Designers Destroyed the World, and What We Can Do to Fix It

Home Stories: Design Ideas for Making a House a Home

Life Meets Art: Inside the Homes of the World's Most Creative People

The Look of the Book: Jackets, Covers, and Art at the Edges of Literature

Architecture 101: From Frank Gehry to Ziggurats, an Essential Guide to Building Styles and Materials

The Little Book to Land Your Dream Job

No Compromise: The Work of Florence Knoll

The Beauty of Everyday Things

The Elements of Graphic Design

The United States of Fashion: A New Atlas of American Style

The Editors of Vogue

The Spanish Style House: From Enchanted Andalusia to the California Dream

Patterns: Inside the Design Library

The Gardens of Bunny Mellon

Style Comfort Home: How to Find Your Style and Decorate for Happiness and Ease

A Tale of Interiors

The Practical Guide to Experience Design: A Guidebook for Passionate, Curious, and Intentional People who Enjoy Designing for Humans

Soul of the Home: Designing with Antiques

The Golden Secrets of Lettering: Letter Design from First Sketch to Final Artwork

Crayola: A Visual Biography of the World's Most Famous Crayon

The Kaufmann Mercantile Guide: How to Split Wood, Shuck an Oyster, and Master Other Simple Pleasures

S Is for Style: The Schumacher Book of Decoration

Remarkable Books: The World's Most Historic and Significant Works

Your Home, Your Style: How to Find Your Look & Create Rooms You Love

Blank Comic Book For Kids: Write and Draw Your Own Comics - 120 Blank Pages with a Variety of Templates for Creative Kids - Bonus 20 Pages Comic

The Lego Animation Book: Make Your Own Lego Movies!

Fractals: On the Edge of Chaos

Still Lives: In the Homes of Artists, Great and Unsung

How Shoes are Made: A behind the scenes look at a real sneaker factory

The Collected Angers: Essays About Design for an Unwilling Audience

150 Best of the Best Apartment Ideas

The Elements of a Home: Curious Histories Behind Everyday Household Objects, from Pillows to Forks (Home Design and Decorative Arts Book, Hist

Designs for the Pluriverse: Radical Interdependence, Autonomy, and the Making of Worlds

Art Deco Complete: The Definitive Guide to the Decorative Arts of the 1920s and 1930s

Do You Read Me?: Bookstores Around the World

The Book of Circles: Visualizing Spheres of Knowledge: (With Over 300 Beautiful Circular Artworks, Infographics and Illustrations from Across History)

Book Design: From the Printing Basics to the Most Impressive Designs

Textures from Nature in Textile Art: Natural Inspiration for Mixed-Media and Textile Artists

Dressing the Resistance: The Visual Language of Protest Through History

The Anatomy of Type: A Graphic Guide to 100 Typefaces

Surf Craft: Design and the Culture of Board Riding

Collected: Past + Present, Volume No 2

The V&a Book of Color in Design

The Fundamentals of Interior Design

Less and More: The Design Ethos of Dieter Rams

Ettore Sottsass and the Social Factory

More Than Just a House: At Home with Collectors and Creators

Inside Marrakesh: Enchanting Homes and Gardens