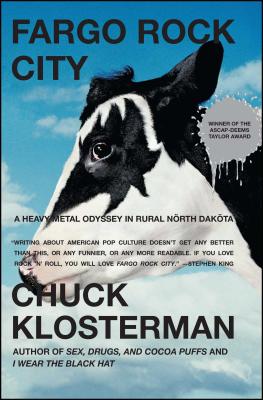 Empirically proving that--no matter where you are--kids wanna rock, this is Chuck Klosterman's hilrious memoir of growing up as a shameless metalhead in Wyndmere, North Dakotoa (population: 498). With a voice like Ace Frehley's guitar, Klosterman hacks his way through hair-band history, beginning with that fateful day in 1983 when his older brother brought home Mötley Crüe's Shout at the Devil. The fifth-grade Chuck wasn't quite ready to rock--his hair was too short and his farm was too quiet--but he still found a way to bang his nappy little head. Before the journey was over, he would slow-dance to Poison, sleep innocently beneath satanic pentagrams, lust for Lita Ford, and get ridiculously intellectual about Guns N' Roses. C'mon and feel his noize.

The Ocean Is Closed: Journalistic Adventures and Investigations

Sometimes You Have to Lie: The Life and Times of Louise Fitzhugh, Renegade Author of Harriet the Spy

Floating in a Most Peculiar Way: A Memoir

In Search of the Color Purple: The Story of an American Masterpiece

The Dog Says How

The Unquiet Englishman: A Life of Graham Greene

Gather Together in My Name

Rude Talk in Athens: Ancient Rivals, the Birth of Comedy, and a Writer's Journey Through Greece

Square Haunting: Five Writers in London Between the Wars