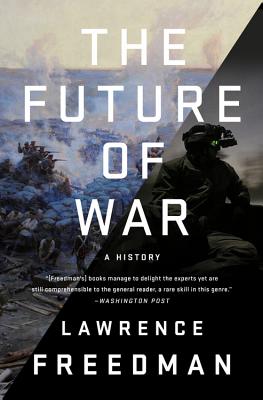 An award-winning military historian, professor, and political adviser delivers the definitive story of warfare in all its guises and applications, showing what has driven and continues to drive this uniquely human form of political violence. Questions about the future of war are a regular feature of political debate, strategic analysis, and popular fiction. Where should we look for new dangers? What cunning plans might an aggressor have in mind? What are the best forms of defense? How might peace be preserved or conflict resolved? From the French rout at Sedan in 1870 to the relentless contemporary insurgencies in Iraq and Afghanistan, Lawrence Freedman, a world-renowned military thinker, reveals how most claims from the military futurists are wrong. But they remain influential nonetheless. Freedman shows how those who have imagined future war have often had an idealized notion of it as confined, brief, and decisive, and have regularly taken insufficient account of the possibility of long wars-hence the stubborn persistence of the idea of a knockout blow, whether through a dashing land offensive, nuclear first strike, or cyberattack. He also notes the lack of attention paid to civil wars until the West began to intervene in them during the 1990s, and how the boundaries between peace and war, between the military, the civilian, and the criminal are becoming increasingly blurred. Freedman's account of a century and a half of warfare and the (often misconceived) thinking that precedes war is a challenge to hawks and doves alike, and puts current strategic thinking into a bracing historical perspective.

Waging a Good War: A Military History of the Civil Rights Movement, 1954-1968

The Insurgent's Dilemma: A Struggle to Prevail

The Bear Went Over the Mountain: Soviet Combat Tactics in Afghanistan

The Last Warrior: Andrew Marshall and the Shaping of Modern American Defense Strategy

Engineers of Victory: The Problem Solvers Who Turned the Tide in the Second World War

The Book of Five Ring

On the Origins of War: And the Preservation of Peace

Engines of War: How Wars Were Won & Lost on the Railways

The Art of War: Timeless Strategies for Success

The American Way of War: A History of United States Military Strategy and Policy

The 10 Key Campaigns of the American Revolution