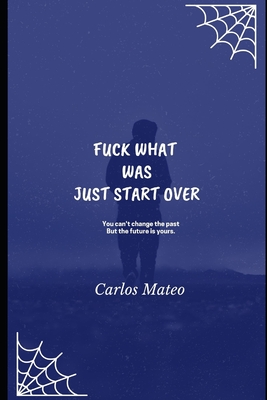 Fuck What Was Just Start Over: You can't change the past But the future is yours.

Otto tells how it came about: On my last trip to Europe, I had some things to do, I wanted to sell my house, the furniture and also my much loved car. It was a hard farewell, 40 years we lived in this place and in this house and now other owners are using my things. They live in my house, which we saved from our mouths. The biggest part of building the house I did myself. We had no vacation, every free minute I worked on building the house. Then came the children, again no free minute. At Christmas, we bought a small dog for the children, there was great joy. Gradually, we were financially better, and we bought a used car on installments, also the TV, of course in color, that was an expensive matter at that time in the 60s, was bought on installments. It was a difficult time, but we held together, it was only bought cheaply or better cheaply, and it was saved behind and in front. Then the children came to school, we lived in a village which at that time had about 800 inhabitants. Today there are about 25,000 inhabitants, with banks, supermarket, shopping center, cinema, municipal swimming pool, etc. We were not rich, but happy, and I think that was the most important thing. Later the children left home, they started their families and we 2 were alone. But I still wanted to tell my story, although the above is also part of my story. On my last visit, I was alone and the evenings are very long, you long for a beer or a glass of wine. Well, I went to a bar and since all the seats were taken, the waiter seated me at a table with a gentleman. We got acquainted, as we were taught to do when we were kids. His name was Carlos, and we got to talking, and I brought it upon myself to tell my whole life story. Carlos asked me at the end of our conversation if he could write it down, he told me he was a writer and my narrative inspired him. When Otto came into the world, in 1937, there was a wartime atmosphere in the country and World War 2 was coming. Well, he was still too young to know anything about it, his parents lived with him in a big Bavarian city. His father worked there as a designer for engines. Otto was I think, about 75 years, we were immediately sympathetic and Otto began to tell. What I got to hear was a whole life with all its ups and downs. His fate was so interesting, I had never heard anything like it before. Thinking back now, I heard a whole life that night. It was pure coincidence or was it fated that we met that night. We sat together all night, talking and talking. In my mind I asked myself, why is he telling me all this. At first, I thought he was just telling me a fairy tale, but then I realized that something was being told here that was true, and Otto had to get it all off his chest. This night with me was supposed to help Otto talk about his problems and find a way to lead a better life, even if he only had a short time left until the end. Otto was a bit excited when he started to talk, he was a so-called grown man. He started, which was strange, with his childhood and told me a whole period of at least 70 years. I admire the memory of Otto, he told and told. When we both separated in the early morning, I felt a relief in Otto, he had processed all the garbage, it was already a pile of garbage or better, a landfill Otto talked off his chest. Again and again I put off writing all this down, I had other things to do, but now I will write this story down because Otto's life is worth writing about. Here you can read a true improbable story, a story that life wrote.