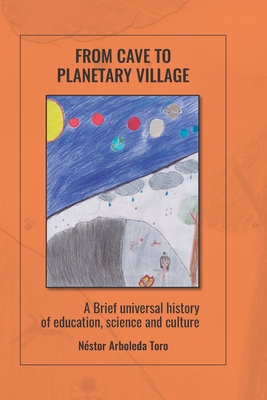 From cave to planetary village: A brief universal history of education, science and culture

Is it proven that the cradle of civilization did not originate in Mesopotamia but in Turkey? What was the first school in history? Did the first universities in the world come from the Renaissance? Is virtual education a disruptive change regarding on-campus education or is it on the way to becoming it? The above questions and many others are answered in this book, which is considered one of the first in the Americas to deal with the universal history of education, science and culture, within the framework of the natural relationship between knowledge, technology and learning.The timeline indicated in the title From Cave to Planetary Village, refers to the past to better understand the present and perceive the future in a resolute and creative way. This perspective also helps to understand why this text sees education as a communicational act and communication as the combination of sensory events in which language and psychology are inherent factors in learning. But above all, it contributes to finding answers to the question of how people learned before schools ever existed, in other words in a schoolless stage which corresponds to the first learning stage in the prehistoric period in which people learned by themselves spontaneously in direct contact with nature. When human beings ceased to be nomadic, they formed communities whose life was organized around work, leading to the second learning stage, in which the family naturally played the teaching role. This communal relationship led to the invention of writing, from which the school emerged as the third of the identifiable stages in cumulative sequence.It is only when education becomes a process that takes place at school that the deschooling context appears, directly related to the media's educational potential offering strategies of openness, flexibility and innovation such as those that had to be developed throughout history to overcome the limitations of the conventional school system. This stage intersects the first one, since virtual education, as the latest generation of distance education, constitutes the highest degree of the deschooling process, the educational act has been deterritorialized through instantaneous communication and the ubiquity of learning.Despite the advances in digital technologies that have led to changes undreamed of before in the way people communicate, learn, work and amuse themselves, creativity and innovation do not stop in this frenetic process of disruptive transformation led by large telecommunications companies, satellites, artificial intelligence and nanotechnology. The transition from the Internet of Things to the Internet of the air, which would consist of transmitting the Internet signal directly from the satellite to computers and mobile devices, seems imminent. It is the so-called Internet delivered from the heavens in the sense that its signal would come from above -like the sun's rays or the rain- which will be implemented in the near time, and would represent the greatest technological, social and educational innovation of the 21st century, by offering unlimited high-speed internet, at all hours, everywhere, to everyone who requires it and at low cost.Given the urgency of overcoming alienating models of the consumer society in which knowledge is conditioned by the immediacy of ephemeral utilities, the book echoes the leadership of hope that implies citizen participation in the construction of a new society supported by the prospective nature of education that prepares to live in a changing world, to the extent that it becomes an instrument for the progress of humanity.