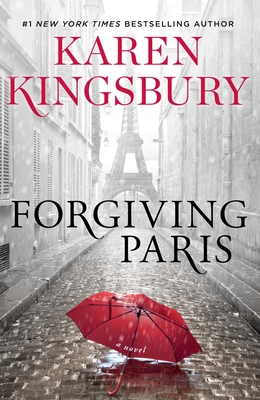 The #1 New York Times bestselling author of life-changing fiction returns with a wise and worldly novel of forgiveness and hope in the City of Lights. More than two decades ago, Ashley Baxter Blake made her most grievous mistake in Paris. Now, a forgotten voice brings new information about that terrible time, causing Ashley to see that experience in a new light. Can she finally lay down yesterday's pain and move on? In Paris, Alice Michel is having dinner with her son Gabe and his new friend, Jessie Taylor, an Indiana girl who is studying abroad for the semester. Alice's life is so good now, totally different than it was twenty-four years ago. As the dinner conversation goes on, Alice tells the young couple that her long-ago drug addiction nearly killed her. But then her life was saved by a conversation with an American artist. Alice can only remember the girl's name: Ashley. Back in Indiana, Ashley and her husband are about to take a twentieth anniversary trip to Paris, where she will have her first French art show. But Ashley is hesitant. She has never forgiven herself for what happened there, and she is dreading the return of memories she's been holding at bay. Just before the trip, Ashley gets a call from her niece. Jessie explains that her boyfriend's mother remembers working at a cafe with an American named Ashley. Could that be you? When Alice and Ashley meet, a flood of memories comes for both women, taking Ashley back to a reckless affair and an unexpected pregnancy and Alice to the night she nearly ended it all. Can this new information bring healing and closure? Maybe it is finally time for Ashley to forgive herself...and Paris.

Peril from the Past

Someone to Trust and Her Forbidden Amish Love

His Road to Redemption: An Uplifting Inspirational Romance

Finding Her Way Back: An Uplifting Inspirational Romance

Caring for Her Amish Family: An Uplifting Inspirational Romance

Hangin' by a Moment: A Deep Haven Novel

Bookshop by the Sea

A Season of Change

The Scent of Water

The Calling: The Book Of Thomas James

Christmas at the Amish Bakeshop

Much ADO about a Latte

The Coordinates of Time, Treasure, and Truth: A Story of a Love...which spans the generations...

Christmas Stories: Heartwarming Classics of Angels, a Manger, and the Birth of Hope /]Cmax Lucado

Snowed in for Christmas

An Amish Baby for Christmas

A Safe Place for Christmas

A Season on the Wind

Snowbound with the Amish Bachelor

Make You Feel My Love

The Promise of Deception

The Unlikely Yarn of the Dragon Lady

The Lady and the Mountain Fire

Under the Bayou Moon

All That Is Secret

The Path Not Taken

Jewel of the Nile

To Protect from Harm

The Finder of Forgotten Things

Then Came You: A Deep Haven Novel

The Book of the Dun Cow

The Jam and Jelly Nook

The Strength of His Hand

The Gold in These Hills

Dancing on Fields of Sorrow and Blessing

The Heart of a Cowboy

Love on the Range

The First Christmas: A Story of New Beginnings

Beneath the Seams: A Social Impact Novel

The Chosen I Have Called You by Name: A Novel Based on Season 1 of the Critically Acclaimed TV Series