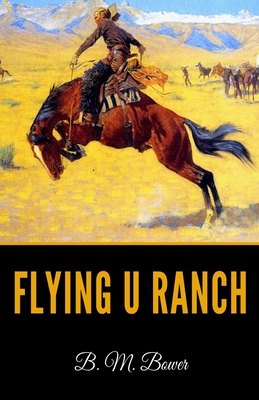 The Happy Family, waiting for the Sunday supper call, were grouped around the open door of the bunk-house, gossiping idly of things purely local, when the Old Man returned from the Stock Association at Helena; beside him on the buggy seat sat a stranger. The Old Man pulled up at the bunk-house, the stranger sprang out over the wheel with the agility which bespoke youthful muscles, and the Old Man introduced him with a quirk of the lips: This is Mr. Mig-u-ell Rapponi, boys-a peeler straight from the Golden Gate. Throw out your war-bag and make yourself to home, Mig-u-ell; some of the boys'll show you where to bed down. The Old Man drove on to the house with his own luggage, and Happy Jack followed to take charge of the team; but the remainder of the Happy Family unobtrusively took the measure of the foreign element. From his black-and-white horsehair hatband, with tassels that swept to the very edge of his gray hatbrim, to the crimson silk neckerchief draped over the pale blue bosom of his shirt; from the beautifully stamped leather cuffs, down to the exaggerated height of his tan boot-heels, their critical eyes swept in swift, appraising glances; and unanimous disapproval was the result. The Happy Family had themselves an eye to picturesque garb upon occasion, but this passed even Pink's love of display. He's some gaudy to look at, Irish murmured under his breath to Cal Emmett. All he lacks is a spot-light and a brass band, Cal returned, in much the same tone with which a woman remarks upon a last season's hat on the head of a rival. Miguel was not embarrassed by the inspection. He was tall, straight, and swarthily handsome, and he stood with the complacence of a stage favorite waiting for the applause to cease so that he might speak his first lines; and, while he waited, he sifted tobacco into a cigarette paper daintily, with his little finger extended. There was a ring upon that finger; a ring with a moonstone setting as large and round as the eye of a startled cat, and the Happy Family caught the pale gleam of it and drew a long breath. He lighted a match nonchalantly, by the artfully simple method of pinching the head of it with his fingernails, leaned negligently against the wall of the bunk-house, and regarded the group incuriously while he smoked. Any pretty girls up this way? he inquired languidly, after a moment, fanning a thin smoke-cloud from before his face while he spoke. The Happy Family went prickly hot. The girls in that neighborhood were held in esteem, and there was that in his tone which gave offense. - Taken from Flying U Ranch written by B. M. Bower

The Flying U Ranch

The Flying U Ranch

The House of Eve

The World and All That It Holds

In the Upper Country

In the Upper Country

The Book of Everlasting Things

Hotel on the Corner of Bitter and Sweet