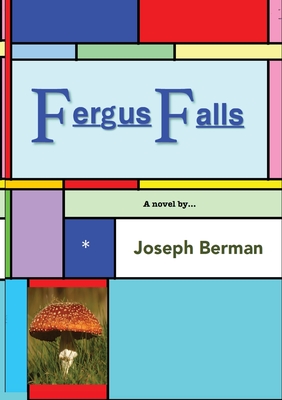 READERS might expect Fergus Falls, the novel, to offer charming, heartwarming tales from the eponymous outpost, a town turned city on the Minnesota prairie, and the self-proclaimed Mushroom Capital of America. Alas, long-time mayor Francis Mingalone suffers from vivid hallucinations, real-estate tycoon José Hosea kidnaps innocent tourists on suspicion of being FBI agents, and Moira, the bad artist and bad poet, inflicts her suspect talent on anyone, on any occasion. No one knows what to make of the Gnome, a diminutive gadfly who pops in and out of scenes with advice and commentary. No one understands Tommy Mingalone, the mayor's nephew, who has subsumed the local baseball team and a bevy of college interns in a quest for frequent flyer miles. No one can figure out the purpose, if not Purpose, of Fergus Falls, printed either in normal font or italics, although socialite Euphemia Roof-Tischinski might claim it lies in the Love, Passion, and Valour of Chantalle La Chaumiere, the syrupy romance she is writing. The task of unraveling the mysteries of both city and novel falls to newspaper columnist Evelyn Kopak, the only woman brave enough to stare into cursed microwave ovens and to date the man who sells them. So pull up a chair and some raw crimini mushrooms to snack on, because you have now arrived in Fergus Falls, where 45 chapters plus prologue and epilogue await you. Escape is unlikely, even with the purchase of a first-class ticket on Flight Two, The Golden Argosy, nonstop to Rome. Wisdom and understanding may be possible, if you are willing to accept it from other taxonomic kingdoms. Alternatively, you can watch the sun rise and set, day in and day out, a pattern that probably is just a coincidence.

Autumn of the Grimoire: Sisters Solstice Series Book One