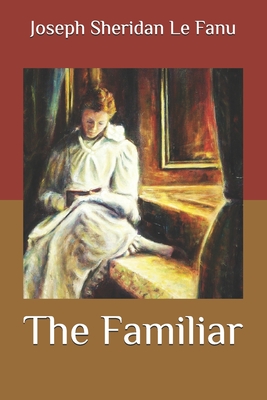 I was a young man at the time, and intimately acquainted with some of the actors in this strange tale; the impression which its incidents made on me, therefore, were deep, and lasting. I shall now endeavour, with precision, to relate them all, combining, of course, in the narrative, whatever I have learned from various sources, tending, however imperfectly, to illuminate the darkness which involves its progress and termination.Somewhere about the year 1794, the younger brother of a certain baronet, whom I shall call Sir James Barton, returned to Dublin. He had served in the navy with some distinction, having commanded one of His Majesty's frigates during the greater part of the American war. Captain Barton was apparently some two- or three-and-forty years of age. He was an intelligent and agreeable companion when he pleased it, though generally reserved, and occasionally even moody.In society, however, he deported himself as a man of the world, and a gentleman. He had not contracted any of the noisy brusqueness sometimes acquired at sea; on the contrary, his manners were remarkably easy, quiet, and even polished. He was in person about the middle size, and somewhat strongly formed-his countenance was marked with the lines of thought, and on the whole wore an expression of gravity and melancholy; being, however, as I have said, a man of perfect breeding, as well as of good family, and in affluent circumstances, he had, of course, ready access to the best society of Dublin, without the necessity of any other credentials.

The House of Ashes

When the Reckoning Comes

A Stitch in Time

A Special Place for Women

The World That We Knew

Perfume: The Story of a Murderer

The Dark Tower II, 2: The Drawing of the Three

Notes from the Burning Age

The Strange Case of Dr. Jekyll and Mr. Hyde

White Is for Witching

The Ghost Variations: One Hundred Stories

Not Your Average Hot Guy

In the Company of Witches

We Have Always Lived in the Castle: (Penguin Orange Collection)

The Ghosts of Who You Were

Beneath a Pale Sky

The Tide Will Erase All: Singularity Playtime Saga, Book One