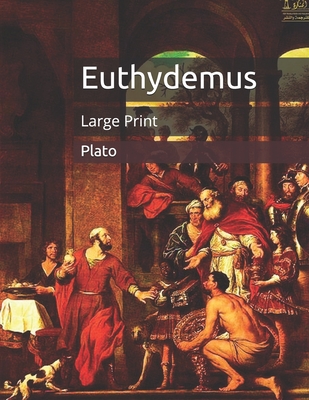 PERSONS OF THE DIALOGUE: Socrates, who is the narrator of the Dialogue. Crito, Cleinias, Euthydemus, Dionysodorus, Ctesippus.SCENE: The Lyceum.CRITO: Who was the person, Socrates, with whom you were talking yesterday at theLyceum? There was such a crowd around you that I could not get within hearing, but Icaught a sight of him over their heads, and I made out, as I thought, that he was a strangerwith whom you were talking: who was he?SOCRATES: There were two, Crito; which of them do you mean?CRITO: The one whom I mean was seated second from you on the right-hand side. In themiddle was Cleinias the young son of Axiochus, who has wonderfully grown; he is onlyabout the age of my own Critobulus, but he is much forwarder and very good-looking: theother is thin and looks younger than he is.SOCRATES: He whom you mean, Crito, is Euthydemus; and on my left hand there was hisbrother Dionysodorus, who also took part in the conversation.CRITO: Neither of them are known to me, Socrates; they are a new importation ofSophists, as I should imagine. Of what country are they, and what is their line of wisdom?SOCRATES: As to their origin, I believe that they are natives of this part of the world, andhave migrated from Chios to Thurii; they were driven out of Thurii, and have been living formany years past in these regions. As to their wisdom, about which you ask, Crito, they arewonderful-consummate