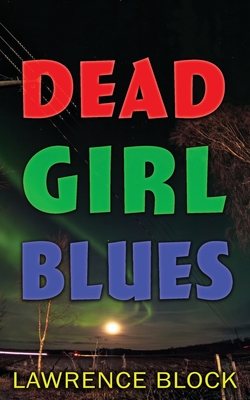 Why don't I let these good people tell you about DEAD GIRL BLUES?Dark and cold as the far side of the moon, but with prose as lean as a starving model, DEAD GIRL BLUES is like the dead body you can't help but look at. I couldn't quit reading, and damn sure didn't want to. A grim masterpiece of storytelling. Joe R. LansdaleThe book is so dark it veers into the ultraviolet. But it's also fearless, and it does what art is supposed to do. If you're willing to be horrified by what you see and by the lens through which you see it, maybe Lawrence Block will sing you those DEAD GIRL BLUES. Warren MooreDEAD GIRL BLUES still claws at me. It's a time-release dread capsule that locked me in someone's shoes and made my gut twist all along the ride. Maybe his best book, and that's saying something. Tom StrawIt's been a long time since I read anything this hard-hitting and thought-provoking. DEAD GIRL BLUES is daringly original, both shocking and brilliantly told. David MorrellDEAD GIRL BLUES will surely offend some readers, but I loved it. It's wonderfully written and the voice is pitch-perfect, comfortable and unsettling at the same time. If you are into dark noir, this book is for you. Lee GoldbergThis is an astonishing novel, the most profound examination and evisceration of identity which I have encountered in decades. A stunning and terminally unsettling work. Barry N. MalzbergIt's a meditation on dark impulses and trying to live with them that is going to haunt me for a good long while. Some people have already noted that this is one of Block's best books, and you can add me to that list. Kemper's Book BlogWhen the novel turned out to be a weirdly quiet, weirdly gentle story of a man who may have gotten away with worse than murder, and how he lives with it-well, it surprised me. I didn't know how compelling such a contemplation would be, and how tense and thrilling. It's that throttling sense of not knowing that makes this bizarre book so fantastic. Come for the violence. Stay for the if. Kevin QuigleyLawrence Block's first published novel hit the shelves in 1958. That means that the author has published books in eight different decades. Let that marinate in your mind for a minute. Even more remarkable: the quality of his work hasn't slipped a bit. He's still got the magic. Tom Simon @ Paperback WarriorI believe it was Ed Gorman who said that Block writes the best sentences in the business. That's still true. This is a book that may not be for everybody, since it's a little squirm-inducing in places, but it's also heartwarming at times, in its own oddball way. I really liked it. James Reasoner @ Rough EdgesIt's a horrible book, insofar as it (in this reader at least) inspired horror. And it's an absolute triumph. Block elevates DEAD GIRL BLUES into something that's by turns chilling, warming, disturbingly erotic. It's a book about the monster in all of us, and what happens when that monster gets loose. And it's a book, I think, about learning to live with the monster and the consequences of our actions. One of the best books he's ever written. Derek Farrel @ Do Some DamageOne of the most powerful and scary books Block has written. The scary part is the way the sociopath who commits the horrible crime proceeds to acquire the veneer of socialization that allows him to become one of the pillars of his community. Oh, and his portrayal rings true. I have two sociopathic relatives, and the portrayal resonates very closely to how they behave. Deb Wunder @ GoodreadsI would find myself at times actually rooting for this guy, but then I'd remember just exactly what he is and get brought back down to earth. It's such an incredible achievement! Dead Girl Blues is likely to be the most interesting book I read in 2020. Brandon Sears @ Every Good Read