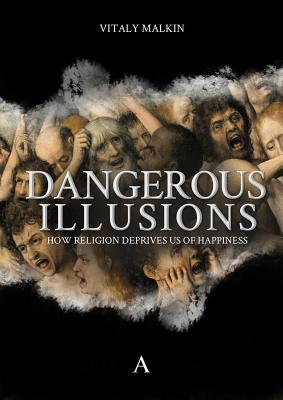 Exceptionally well written, organised and presented... an iconoclastic, tour-de-force from beginning to end. - Midwest Book Review Vitaly Malkin - philanthropist, businessman, investor - shares a decade of research on the evolution of religion in his meticulous and impassioned Dangerous Illusions, arguing that religion's long-standing clash with reason has lead to violence, masochism, oppression, and misery. Dangerous Illusions examines what Malkin believes are religion's illusory foundations, calling on his readers to question religion's value in a society as advanced as ours. Malkin tackles issues like suffering and evil, pleasure and asceticism, and sex and celibacy, through the lens of the three major monotheistic religions - Christianity, Islam, and Judaism. Dangerous Illusions fearlessly refutes some of our most archaic beliefs, encouraging all of us - even the agnostic-leaning - to be more aware of the dangers that religion poses to our happiness and collective intellectual advancement. Malkin ultimately lays out an accessible and convincing case for the human race to reject the chimera that religion is in favor of logic and reason if only to live a happier life in the present. With editions in France, Spain, Italy, Israel, Germany, the UK, and the US, Malkin's meticulously researched Dangerous Illusions has made its mark as a valuable resource in the recently resurrected discourse around atheism. Malkin's book, while meticulously researched and written in great depth, is very accessible to the average reader. I would challenge you to buy a copy and share it with those friends and family members who might be willing to learn and reason. - Karen Garst, PhD Faithless Feminist

The Road to Serfdom: Text and Documents--The Definitive Edition Volume 2

Life Is Hard: How Philosophy Can Help Us Find Our Way

The Boy, the Mole, the Fox and the Horse: The Animated Story

What World Is This?: A Pandemic Phenomenology

The Cyclist and His Shadow: A Memoir

The Art of Deception: An Introduction to Critical Thinking

The Little Book of Gratitude: Create a Life of Happiness and Wellbeing by Giving Thanks

Worse Than Nothing: The Dangerous Fallacy of Originalism

The Antidote: Happiness for People Who Can't Stand Positive Thinking

The Book of Ichigo Ichie: The Art of Making the Most of Every Moment, the Japanese Way