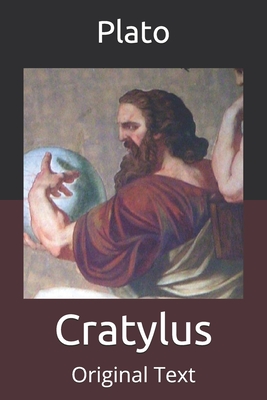 PERSONS OF THE DIALOGUE: Socrates, Hermogenes, Cratylus.HERMOGENES: Suppose that we make Socrates a party to the argument?CRATYLUS: If you please.HERMOGENES: I should explain to you, Socrates, that our friend Cratylus has beenarguing about names; he says that they are natural and not conventional; not a portion ofthe human voice which men agree to use; but that there is a truth or correctness in them, which is the same for Hellenes as for barbarians. Whereupon I ask him, whether his ownname of Cratylus is a true name or not, and he answers 'Yes.' And Socrates? 'Yes.' Thenevery man's name, as I tell him, is that which he is called. To this he replies-'If all theworld were to call you Hermogenes, that would not be your name.' And when I am anxiousto have a further explanation he is ironical and mysterious, and seems to imply that he hasa notion of his own about the matter, if he would only tell, and could entirely convince me, if he chose to be intelligible. Tell me, Socrates, what this oracle means; or rather tell me, ifyou will be so good, what is your own view of the truth or correctness of names, which Iwould far sooner hear.SOCRATES: Son of Hipponicus, there is an ancient saying, that 'hard is the knowledge ofthe good.' And the knowledge of names is a great part of knowledge. If I had not been poor, I might have heard the fifty-drachma course of the great Prodicus, which is a completeeducation in grammar and language-these are his own words-and then I should havebeen at once able to answer your question about the correctness of names. But, indeed, Ihave only heard the single-drachma course, and therefore, I do not know the truth aboutsuch matters; I will, however, gladly assist you and Cratylus in the investigation of them.When he declares that your name is not really Hermogenes, I suspect that he is only makingfun of you;-he means to say that you are no true son of Hermes, because you are alwayslooking after a fortune and never in luck. But, as I was saying, there is a good deal ofdifficulty in this sort of knowledge, and therefore we had better leave the question openuntil we have heard both sid