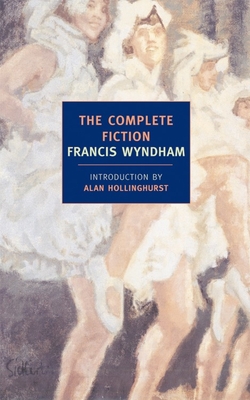 In his more than eighty years, Francis Wyndham has published very little--one novella and two collections of stories--but his is one of the most individual and compelling bodies of work by a contemporary English writer. As Alan Hollinghurst has said, Wyndham's fiction stands in the tradition of social comedy that goes back through Henry James to Jane Austen, with this difference: Wyndham writes about the lives of privileged and even titled people, but he is drawn to outcasts and odd ducks, adolescents, lonely women, addicts, eccentrics, and idlers. The earliest stories here, gathered under the title Out of the War, are brilliant vignettes of deprivation and desire written during World War II. The later Mrs Henderson and Other Stories, by contrast, offers scrupulously observed tragicomic pictures of the vagaries of upper-class English family life. Finally, in the Whitbread Prize-winning short novel The Other Garden, a shy teenage boy living in the country strikes up an unlikely friendship with Kay, the thirty-something daughter of neighbors, sister to a famous actor, and black sheep of her family. Kay, with her whims and crazes and boyfriends, is unable to hold her own against her family's disapproval, and the narrator watches with helpless fascination as her small but very real tragedy is played out against the background of the Second World War.