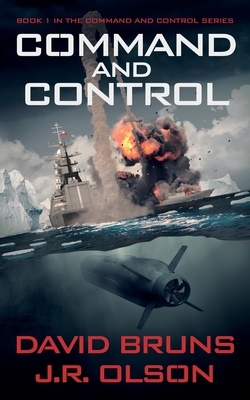 As a string of unexplained attacks push superpowers to the brink, the clock is ticking toward the start of World War III.

Don Riley, head of the CIA's Emerging Threats Group, has never seen anything like this.

Riley and his team are tasked with identifying national security threats before they become tomorrow's bad news. But shortly after an Iranian vessel delivers a surprise attack to a US Navy Warship in the Arabian Gulf, a series of seemingly unrelated attacks crop up around the globe.

The US military is rapidly being drawn into full-fledged shooting wars on multiple fronts. Now Riley must sift through the layers of deception in time to discover who-or what-is behind these events...

...before the clock reaches zero hour.

Praise for the authors:

With their background in the U.S. Navy, both Bruns and Olson have the right stuff to create a realistic military tale. ―Booklist

Bruns and Olson deliver an action packed story from the first to the very last page. Torn from tomorrow's headlines, loaded with intrigue and mystery, a must read for any fan of military techno-thrillers. -George Wallace, author of Warshot and Operation Golden Dawn