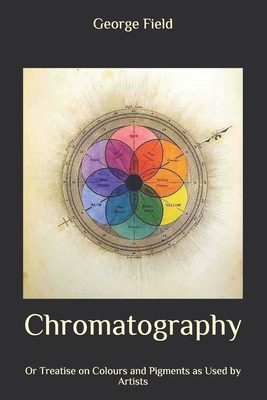 Chromatography: Or Treatise on Colours and Pigments as Used by Artists

How early, and to what extent, colouring may have attained the rank of science among the ancients, are questions not easily set at rest; but that some progress had been made, even at a very remote period, is proved by the magnificent tombs of the Egyptian kings at Thebes, where the walls of the royal mausoleum are described as being covered with paintings so fresh and perfect, as to require neither restoration nor improvement. So far from this, indeed, that with all care in copying, it was difficult to equal the brilliancy of the originals, which, as far as colours went, threw all others in the background. And yet, in spite of the scale having comprised pure vermilion, ochres, and indigo, it was not gaudy, owing to the judicious balance of the colours, and the artful management of the black. Nor was there an ornament throughout the dresses, wherein the red, yellow, and blue, were not so employed as to produce a delicious harmony.Moreover, it is stated that in one painting eighty feet high and proportionably broad, which was divided into two ranges of gigantic figures, these were glowing with most exquisite colours, suited to the drapery and naked parts; and in which the azure, yellow, green, &c., were as well preserved as though they had been laid on yesterday. Again, an apartment was discovered among the stupendous ruins at Carnac, on the site of ancient Thebes, one hundred paces wide and sixty deep, completely crowded with pillars, which, together with the ceiling, roof, and walls, were decorated with figures in basso-relievo, and hieroglyphics-all marvellously beautiful and finely painted, and as fresh, splendid and glorious, after so many ages, as if they had just been finished.In various accounts these colourings of the Egyptians are described in the warmest terms of admiration. The most charming are undoubtedly those on the tombs and temples: others of less merit have been found on the cases and cloths of mummies, and on papyrus rolls; but it is to the patterns on the walls and ceilings of their houses that they seem to have been most partial, and paid the most attention. The ordinary colours employed by them were red, yellow, green, and blue. Of the last there were two tints; black also was common. For white, the finely prepared stone-coloured ground was deemed sufficient. These colours were occasionally modified by mixture with chalk; but were always, or nearly always, applied singly, in an unmixed state. With regard to their composition, chemical analysis has shown several of the blues to be oxide of copper with a small proportion of iron; none containing cobalt. There is little doubt, however, that the most brilliant specimens-those which retain all their original force and beauty in the temples of Upper Egypt after an exposure of three thousand years, consist of ultramarine-the celebrated Armenian blue, possibly, of the ancients. The reds seem for the most part to be composed of oxide of iron mixed with lime, and were probably limited to iron earths and ochres, with a native cinnabar or vermilion. The yellows are said to have been, in many cases, vegetable colours; but it is likely earths and ochres were their chief source. The greens consist of yellow mixed with copper blue. The bluish-green which sometimes appears on Egyptian antiquities, is merely a faded blue. The blacks are both of vegetable and mineral origin, having been obtained from a variety of substances in a variety of ways.

Chromatography: Or a Treatise on Colors and Pigments, and of Their Powers for Painters and Artists

Chromatics: Or the Analogy, Harmony, and Philosophy of Colors (1845)

Chromatography: Or Treatise on Colours and Pigments as Used by Artists: Large Print

Chromatics: Or The Analogy, Harmony, And Philosophy Of Colors (1845)

Chromatics: Or The Analogy, Harmony, And Philosophy Of Colors (1845)

Chromatics: Or the Analogy, Harmony, and Philosophy of Colors (1845)

The Orphans of Snowdon: A Novel; Vol. II

When a Stranger Comes to Town

This Time Around: Three Sweet Romances

Somebody Else Sold the World

How to Make a Slave and Other Essays

A Cold Christmas and the Darkest of Winters

The Complete Works of William Shakespeare: Works Include: Romeo and Juliet; The Taming of the Shrew; The Merchant of Venice; Macbeth; Hamlet; A Midsum

She Walks in Shadows

We Are Unbreakable: Raw, Real Stories of Resilience: From Women in Nova Scotia in 2020

The Decameron Project: 29 New Stories from the Pandemic

Too Much and Not the Mood: Essays

Pity the Reader: On Writing with Style