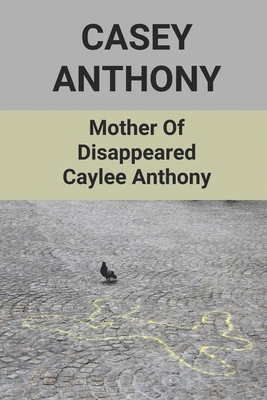 Caylee Marie Anthony (August 9, 2005 - 2008) was an American girl who lived in Orlando, Florida, with her mother, Casey Marie Anthony (born March 19, 1986), and her maternal grandparents, George, and Cindy Anthony. On July 15, 2008, she was reported missing in a 9-1-1 call made by Cindy, who said she had not seen Caylee for 31 days and that Casey's car smelled like a dead body had been inside it.

When a jury acquitted Casey Anthony in 2011 of charges she murdered her daughter Caylee, jurors would later state they could not convict Casey of murder because they did not know how Caylee died. But evidence that could have led investigators in the right direction always existed - and it did not point squarely at Casey. In Re: Caylee Anthony (the shocking truth explained is an explosive presentation of a fact pattern, that reveals for the first time, how evidence, which began to emerge shortly after Caylee's remains were found in December of 2008, pointed directly to the culprits.

A Year of True Crime Page-A-Day Calendar 2022: A Year of Murders, Misleads, and Fascinating Forensics

The Ultimate Evil: The Search for the Sons of Sam

The Haunting of Alma Fielding: A True Ghost Story

The Babysitter: My Summers with a Serial Killer

The Murders of Christopher Watts

The Ghost: The Murder of Police Chief Greg Adams and the Hunt for His Killer

Golden Boy: A Murder Among the Manhattan Elite

A Call From Purgatory

El Chapo: The Untold Story of the World's Most Infamous Drug Lord

What Happened to Paula: On the Death of an American Girl

Don't Call It a Cult: The Shocking Story of Keith Raniere and the Women of Nxivm

Victim F: From Crime Victims to Suspects to Survivors

Weird Scenes Inside the Canyon: Laurel Canyon, Covert Ops & the Dark Heart of the Hippy Dream

Confident Women: Swindlers, Grifters, and Shapeshifters of the Feminine Persuasion

The Perfect Father: The True Story of Chris Watts, His All-American Family, and a Shocking Murder

Redhanded: An Exploration of Criminals, Cannibals, Cults, and What Makes a Killer Tick

Personal Effects: What Recovering the Dead Teaches Me about Caring for the Living

The Minds of Billy Milligan

Taken at Birth: Stolen Babies, Hidden Lies, and My Journey to Finding Home

Giovanni's Ring: My Life Inside the Real Sopranos

Death on Ocean Boulevard: Inside the Coronado Mansion Case

The Key Man: The True Story of How the Global Elite Was Duped by a Capitalist Fairy Tale

The Bluegrass Conspiracy: An Inside Story of Power, Greed, Drugs & Murder

Brain Games - How to Get Away with Murder: Solve Puzzles to See If You Can Commit the Perfect Crime

When the Bullet Hits the Bone

Sole Survivor: The Inspiring True Story of Coming Face to Face with the Infamous Railroad Killer

Scrapped: Justice and a Teen Informant