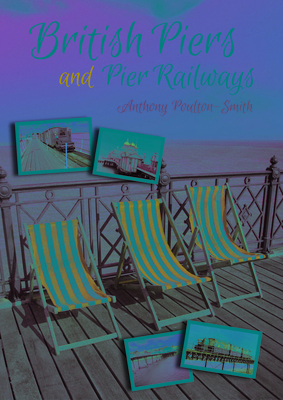 The British have always had a special affinity for the seaside and piers are the epitome of the British seaside. This book takes the reader on a clockwise tour of our islands, stopping at every pier and walking through their histories. Yet this is not just a tour of the pier, for it is not the pier that makes the history, but the people who work and walk along it. Within these pages the reader will meet a well-known British sportsman when he was a prizefighter; learn of several 'professors' whose talents were solely being able to leap from the pier; discover why man would ever want to fly from a pier; meet the former Beatle who worked for a pier company; read about the ferries and steamers that carried visitors; the fires which are an ever-present danger; the men who designed and built the piers along with the entertainers, characters, enthusiasts and entrepreneurs who made the piers. Fascinating information is included on how piers became longer or shorter, which piers served as part of the Royal Navy during two World Wars, and the tremendous amount of work and effort it takes to keep the piers open to the public today. Several piers have rails, with some still being used by trains or trams. These pier railways are described in detail: the engineering, the designs and the changes over the years. While electricity is the sole motive power today, these had once been either steam-driven, pulled by horses, moved by hand or even, in one example, wind-powered by a sail! With over one hundred photographs, both old and new, this is a tour of the coast of the mainland and two islands. Piers which sadly have not survived are included as well as those which never got off the ground (or the shoreline). It reveals why they were built, how they were repurposed over the years, and their role in the future. Join the tour and recall the sea air, candy floss, the music, the sounds of a holiday, that day trip, an encounter, a rendezvous or special memory.

Bridges: A History of the World's Most Spectacular Spans

Minuteman: A Technical History of the Missile That Defined American Nuclear Warfare

How to Rebuild Honda B-Series Engines

The Perfect Sound: A Memoir in Stereo

Make: Electronics: Learning by Discovery: A Hands-On Primer for the New Electronics Enthusiast

The Business of Baking: The book that inspires, motivates and educates bakers and decorators to achieve sweet business success.

Introduction to Live Sound Reinforcement: The Science, the Art, and the Practice

The Story Behind: The Extraordinary History Behind Ordinary Objects

A Brief History of a Perfect Future: Inventing the World We Can Proudly Leave Our Kids by 2050

The E-Myth HVAC Contractor: Why Most HVAC Companies Don't Work and What to Do About It

The Art and Science of Natural Dyes: Principles, Experiments, and Results

Structures: Or Why Things Don't Fall Down

Building the Brooklyn Bridge, 1869-1883: An Illustrated History, with Images in 3D

Inconspicuous Consumption: The Environmental Impact You Don't Know You Have

The Myth of Artificial Intelligence: Why Computers Can't Think the Way We Do

101 Things I Learned(r) in Film School

Loved: How to Rethink Marketing for Tech Products

Make: Volume 81: Everything You Need to Know to Build, Fight, Win

Mother of Invention: How Good Ideas Get Ignored in an Economy Built for Men

Write for Your Life: A Guide to Clear and Purposeful Writing (and Presentations)