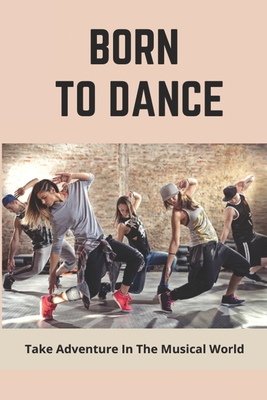 This is a sentimental story set against the backdrop of a competitive, distrustful dinner theater world; an emotional journey, from rejoicing over Dani's successes to wanting to pursue whomp the antagonists (or at least trip them) to crying with Dani over her frustrations. But this story is about more than romance and following your dreams. It's about family values, faith in God, trusting God through tough times, apply The Golden Rule to every situation no matter how challenging.

Danielle Lefontaine, an orphaned actress raised to the lullaby of Broadway, searches for her long-lost brother and her place on the stage. After a successful audition lands her a part in the same city his adoptive family had moved to, Dani believes she's finally close to finding her place to belong. Meanwhile, Alex Sheridan is living his dream playing the trumpet at his family's dinner theater. He's got everything he ever wanted...except someone special to share it with. When Dani dances into his life, he hopes she's the missing piece to his heart but fears the bright lights of a bigger stage could steal her away. However, after a jealous cast member's vicious rumors threaten to drop the curtain on Dani's career, everything they've worked to build may end up for nothing. Will the rhythm of dancing feet usher in their deepest desires or leave them stranded in the wings?

Born to Dance: Celebrating the Wonder of Childhood

Putting My Heels Down

The Winston Effect: The Art & History of Stan Winston Studio

And the Category Is...: Inside New York's Vogue, House, and Ballroom Community

Britney Spears Oracle: A Deck and Guidebook to Be Stronger Than Yesterday [With Book(s)]

The Ballerina Mindset: How to Protect Your Mental Health While Striving for Excellence

A Child's Introduction to the Nutcracker: The Story, Music, Costumes, and Choreography of the Fairy Tale Ballet

Dance Theatre of Harlem: A History, a Movement, a Celebration

Critique Is Creative: The Critical Response Process(r) in Theory and Action

La Nijinska: Choreographer of the Modern

Swan Dive: The Making of a Rogue Ballerina

Balanchine's Apprentice: From Hollywood to New York and Back

Turning Pointe: How a New Generation of Dancers Is Saving Ballet from Itself

Being a Ballerina: The Power and Perfection of a Dancing Life

Appreciating Dance: A Guide to the World's Liveliest Art

Tears of a Ballet Mum

Two by Two: Tango, Two-Step, and the L.A. Night

Crystal Lake Memories: The Complete History of Friday the 13th

Bodystories: A Guide to Experiential Anatomy

Butch Queens Up in Pumps: Gender, Performance, and Ballroom Culture in Detroit

Solkattu Manual: An Introduction to the Rhythmic Language of South Indian Music

Ballet Russes: The Great Ballet Russes and Modern Art: A World of Fascinating Art and Design in Theatrical Arts

Dance Studio TRANSFORMATION: Build a 7-figure studio, increase your community impact and GET BACK YOUR LIFE!

Composing While Dancing: An Improviseras Companion

The Art of Movement

Dancing Past the Light: The Life of Tanaquil Le Clercq

Conditioning for Dance: Training for Whole-Body Coordination and Efficiency

Healing Journeys with the Black Madonna: Chants, Music, and Sacred Practices of the Great Goddess

The Gurdjieff Movements: A Communication of Ancient Wisdom

The Lucid Body: A Guide for the Physical Actor

Putting My Heels Down

Kazuo Ohno's World: From Without & Within

Everything Is Choreography: The Musical Theater of Tommy Tune

The Art of Making Dances

The Style of Movement: Fashion & Dance

An Empty Room: Imagining Butoh and the Social Body in Crisis

I Want to Be Ready: Improvised Dance as a Practice of Freedom

Jazz Dance: A History of the Roots and Branches

Dancing in Petersburg: The Memoirs of Kschessinska - Prima Ballerina of the Russian Imperial Theatre, and Mistress of the future Tsar Nichola

The Dance Cure: The Surprising Science to Being Smarter, Stronger, Happier

Offering from the Conscious Body: The Discipline of Authentic Movement

Screendance from Film to Festival: Celebration and Curatorial Practice

A Body in Fukushima

Inside Motion: An Ideokinetic Basis for Movement Education

Dance We Do: A Poet Explores Black Dance

Martha Graham: The Evolution of Her Dance Theory and Training

The Story of Irish Dance

Dancers Among Us: A Celebration of Joy in the Everyday

The Body in Crisis: New Pathways and Short Circuits in Representation

Glocal Bodies: Dancers in Exile and Politics of Place: A Critical Study of Contemporary Iranian Dance

Swan Dive: The Making of a Rogue Ballerina

Handbook in Motion: An Account of an Ongoing Personal Discourse and Its Manifestations in Dance

The Collaborative Habit: Life Lessons for Working Together

Practices of Relations in Task-Dance and the Event-Score: A Critique of Performance

Inside Ballet Technique: Separating Anatomical Fact from Fiction in the Ballet Class

The Place of Dance: A Somatic Guide to Dancing and Dance Making

The Science of Splits and Bridges: The Bender's Textbook

My Body, the Buddhist

Hiking the Horizontal: Field Notes from a Choreographer

Apollo's Angels: A History of Ballet

Nijinsky: A Life of Genius and Madness

The Vision of Modern Dance: In the Words of Its Creators

The Black Dancing Body: A Geography from Coon to Cool

MilesStyle: The Fashion of Miles Davis

Out Loud: A Memoir

Barre Fitness: Barre Exercises You Can Do Anywhere for Flexibility, Core Strength, and a Lean Body

Gene Kelly: The Making of a Creative Legend

Ballet Beautiful: Transform Your Body and Gain the Strength, Grace, and Focus of a Ballet Dancer

The Essential Guide to Tap Dance

What the Eye Hears: A History of Tap Dancing

Our Love Affair with Dance

Dare to Dance: A Midlife Memoir

On the Line: The Creation of A Chorus Line

Dancing with the Revolution: Power, Politics, and Privilege in Cuba

The Story of Irish Dance

To My Husband Once Upon A Time I Became Yours & You Became Mine And We'll Stay Together Through Both The Tears & Laughter: 20th Anniversary Gifts For

Ballet in the Cold War: A Soviet-American Exchange

A Legend in Straw: The Spirit of my Uncle Ray Bolger

In the Wings: Behind the Scenes at the New York City Ballet

Hear the Beat, Feel the Music: Count, Clap and Tap Your Way to Remarkable Rhythm

A Short History of Ballet