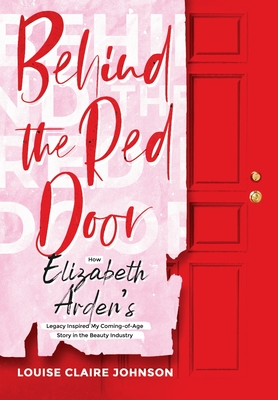 Behind the Red Door: How Elizabeth Arden's Legacy Inspired My Coming-of-Age Story in the Beauty Industry

In 1908, Florence Nightingale Graham moved from the suburbs of Toronto, Canada to Manhattan with dreams of becoming a self-made woman. Within two years, she opened her first beauty salon on Fifth Avenue. Adopting the same name as her company, Elizabeth Arden went on to pioneer the global beauty industry (valued at $532 billion today). At a time when women didn't have the right to vote, Elizabeth became one of the wealthiest self-made women in the world and the first businesswoman to grace the cover of Time magazine. By the end of the 1930s, it was said there are only three American names known in every single corner of the globe: Singer Sewing, Coca Cola, and Elizabeth Arden.

One hundred years later, in 2008, at the age of eighteen, Louise Johnson moved from the suburbs of Toronto, Canada to Manhattan to begin her dream internship at the cosmetic giant, Elizabeth Arden. She knew nothing about the beauty industry, but was fascinated by the woman behind the brand whose inspiring legacy was at risk of falling through the cracks of history.

Although they lived a century apart, Elizabeth became Louise's invisible guide as she tried her successful lifestyle on for size, with a big career in a big city-but behind the glitz and the glamour, they soon struggled to recognize their true selves. Who are we really behind the makeup we put on our faces? Behind the social media highlight reels? Behind the personas we (consciously and subconsciously) present to the world?

This book brings you behind the red doors of Arden, while Louise's story serves to highlight how much (or how little) has changed a century later. What began as a desire to preserve Elizabeth's place in history, evolved into an examination of her coming-of-age in the beauty industry and a cultural excavation on a much larger thread that connects us all.

Ultimately, this book is about identity and how we learn to navigate the world to find our best self, even if it's on a different path than we originally anticipated.