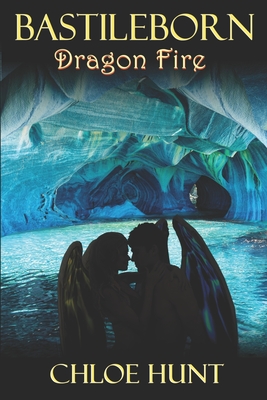 Dragon Fire (Book 1) Bastileborn is a continent of beauty and brutality. Dragons, elves, dwarves, humans, and many other creatures thrive and shed blood across the ancient continent. Cypress, the mischievous god of love and fertility, is one of four demigods that protect the mortal realm. Cypress often falls in love with exceptional mortals. He intertwines their fates and nurtures forbidden affections to maintain a healthy balance of good and evil. King Brimsly threatens that balance as he marches an army north to conquer the elves. Cypress orchestrates a plan to bring together every mortal race to stop him. Forbidden love is a powerful weapon, and Cypress intends to dissolve every boundary that limits its potential. (Extended synopses for the three converging storylines) Sidian, the last black dragon of the Living Mountain, is chosen to ascend to the spiritual realm of the demigods where he receives Cypress's favor. Shortly after crashing back to earth, Sidian discovers the dragon king committing racial treason with a human queen. Sidian is unjustly exiled from his homeland by the despicable king. Eighteen years later, Sidian hides among the humans by establishing himself as a pirate captain. To hold an old Lurian king to an important bargain, Captain Sid kidnaps the king's youngest daughter. Princess Lacia Alphonse storms onto Sidian's ship with a temper hotter than a royal forge. She ignites something in the young dragon that reshapes the fate of Bastileborn. As Sidian finds passion on the Lattidor Sea, Irena Floramare, once a beautiful princess of the Swaying Valley, is turned into a trophy slave for the lecherous Prince Dienon of Daylith. Dienon's father, King Brimsly, conquered Irena's kingdom and kidnapped her and her younger sister, Tabitha. Irena's innocent and rebellious spirit is forced to mature as she acclimates to the life of a pleasure slave. Irena and Tabitha are unknowingly admired by the demigod Cypress. He guides them to protect the ancient continent of Bastileborn in spite of their depraved captors. A few hundred miles north of Daylith, Gavin Runesteel, the bullheaded human prince of Talfane, is in trouble with the high elves of Carus. They captured him by mistake and bring him into the palace slave quarters where he meets Thistle. Thistle is a sweet and beautiful elven slave. Gavin quickly realizes something dangerous about Thistle's abnormally short ears. On top of that, her enchanting gray eyes remind him of his Uncle Gregory, who happens to be the high king of the humans. Gavin gets deeper into trouble as he falls in love with Thistle. Their racially-taboo relationship angers Astrum, a royal high elf sentry that also has socially-unacceptable feelings for Thistle. Gavin proceeds to provoke Astrum's rage every time he opens his mouth, but a budding friendship sometimes starts out rocky.

Things Have Gotten Worse Since We Last Spoke and Other Misfortunes

I Never Liked You Anyway

Your Dad Will Do

Grey: Fifty Shades of Grey as Told by Christian

The Claiming of Sleeping Beauty

Gifting Me To His Best Friend

Here, There and Everywhere

Story of the Eye

Secret Society: All We Have Is Us: Crime Thriller Suspense Novel

Because I Need You

The Uncanny Valley Club: Where all your dreams come true

The Other Side of the Pillow

You Can Come Out Now

A Lady of Rooksgrave Manor

Take Me There: Trans and Genderqueer Erotica

Won't You Be My Master?

The Witches of Wildwood: Cape May Horror Stories and Other Scary Tales from the Jersey Shore

For What It's Worth

Blacked By The Repo Men!

Sex and the City

The Letters of Mina Harker

Ghost of War: Game of Gods

Pleasures of the Night

Blacked By The Janitors!

Shame on It All

The 120 Days of Sodom and Other Writings

The Story of O

Death By Candlelight: How We Succumb

Calm Down And Carry The F*ck On!: Swear Word Coloring Book For Adults

Justine, Philosophy in the Bedroom, and Other Writings

The Guest of Honor

Total Eclipse of the Heart

My Body Is My Business

Calm Before the Storm