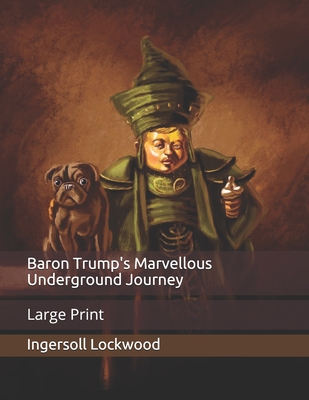 Bulger was not himself at all, dear friends. There was a lack-lustre look in his eyes, andhis tail responded with only a half-hearted wag when I spoke to him. I say half-hearted, for I always had a notion that the other end of Bulger's tail was fastened to his heart. Hisappetite, too, had gone down with his spirits; and he rarely did anything more than sniffat the dainty food which I set before him, although I tried to tempt him with friedchickens' livers and toasted cocks' combs-two of his favorite dishes.There was evidently something on his mind, and yet it never occurred to me what thatsomething was; for to be honest about it, it was something which of all things I nevershould have dreamed of finding there.Possibly I might have discovered at an earlier day what it was all about, had it not beenthat just at this time I was very busy, too busy, in fact, to pay much attention to any one, even to my dear four-footed foster brother. As you may remember, dear friends, mybrain is a very active one; and when once I become interested in a subject, Castle Trumpitself might take fire and burn until the legs of my chair had become charred before Iwould hear the noise and confusion, or even smell the smoke.It so happened at the time of Bulger's low spirits that the elder baron had, through thekindness of an old school friend, come into possession of a fifteenth-century manuscriptfrom the pen of a no less celebrated thinker and philosopher than the learned Spaniard, Don Constantino Bartolomeo Strepholofidgeguaneriusfum, commonly known amongscholars as Don Fum, entitled A World within a World. In this work Don Fumadvanced the wonderful theory that there is every reason to believe that the interior ofour world is inhabited; that, as is well known, this vast earth ball is not solid, on thecontrary, being in many places quite hollow; that ages and ages ago terrible disturbanceshad taken place on its surface and had driven the inhabitants to seek refuge in these vastunderground chambers, so vast, in fact, as well to merit the name of World within aWorld.

Harry Potter and the Chamber of Secrets (Minalima Edition)

The Little Engine That Could: The Complete, Original Edition

What If We Were All The Same!: A Children's Book About Ethnic Diversity and Inclusion

The Tale of Peter Rabbit

The Bad Guys in Cut to the Chase

The Heroes of Olympus Set [With Poster]

Disney Moana: I Am Moana

The Caterpillar and the Butterfly

The Stonekeeper: A Graphic Novel (Amulet #1), 1

Look Both Ways: A Tale Told in Ten Blocks

A Good Kind of Trouble

What Should Danny Do?

Claudia and the New Girl: A Graphic Novel (the Baby-Sitters Club #9), 9

What Do You Do with an Idea?

Return of the Dragon Slayers, 5

If I Ran the Circus

Keeper of the Lost Cities, 1

How the Grinch Stole Christmas!

The Cat in the Hat

Handbook to the Galar Region

Mrs. Frisby and the Rats of NIMH

Isabel and Her Colores Go to School

My Side of the Mountain

Mr. Brown Can Moo! Can You?: Dr. Seuss's Book of Wonderful Noises

My Mouth Is a Volcano

The Giraffe Who Found Its Spots

The Day You Begin