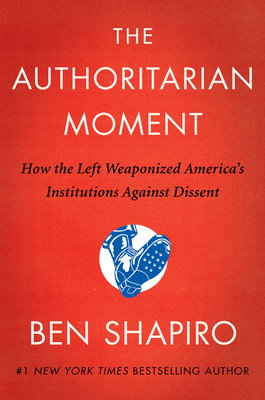 How far are Americans willing to go to force each other to fall in line?

According to the establishment media, the intelligentsia, and our political chattering class, the greatest threat to American freedom lies in right-wing authoritarianism. We've heard that some 75 million Americans who voted for Donald Trump represent the rise of American fascism; that conservatives have allowed authoritarianism to bloom in their midst, creating a grave danger for the republic.

But what if the true authoritarian threat to America doesn't come from the political right, but from the supposedly anti-fascist left?

There are certainly totalitarians on the political Right. But statistically, they represent a fringe movement with little institutional clout. The authoritarian left, meanwhile, is ascendant in nearly every area of American life. A small number of leftists--college-educated, coastal, and uncompromising--have not just taken over the Democratic Party but our corporations, our universities, our scientific establishment, our cultural institutions. And they have used their newfound power to silence their opposition.

The authoritarian Left is aggressively insistent that everyone must conform to its values, demanding submission and conformity. The dogmatic Left is obsessed with putting people in categories and changing human nature. Everyone who opposes it must be destroyed.

Ben Shapiro looks at everything from pop culture to the Frankfurt school, social media to the Founding Fathers, to explain the origins of our turn to tyranny, and why so many seem blind to it.

More than a catalog of bad actors and intemperate acts, The Authoritarian Moment lays bare the intolerance and rigidity creeping into all American ideology - and prescribes the solution to ending the authoritarianism that threatens our future.

The Steal: The Attempt to Overturn the 2020 Election and the People Who Stopped It

The Fighting Soul: On the Road with Bernie Sanders

The Parasitic Mind: How Infectious Ideas Are Killing Common Sense

Our Vision for Liberation: Engaged Palestinian Leaders & Intellectuals Speak Out

Our Unfinished March: The Violent Past and Imperiled Future of the Vote-A History, a Crisis, a Plan

My Life in Full: Work, Family, and Our Future

How to Blow Up a Pipeline

The Memo: Twenty Years Inside the Deep State Fighting for America First

Be a Triangle: How I Went from Being Lost to Getting My Life Into Shape

The Reckoning: Our Nation's Trauma and Finding a Way to Heal

I Never Thought of It That Way: How to Have Fearlessly Curious Conversations in Dangerously Divided Times

Uncontrolled Spread: Why Covid-19 Crushed Us and How We Can Defeat the Next Pandemic

The Family Roe: An American Story

Spin Dictators: The Changing Face of Tyranny in the 21st Century

The Big Sort: Why the Clustering of Like-Minded America Is Tearing Us Apart

The Right: The Hundred-Year War for American Conservatism

The Bond King: How One Man Made a Market, Built an Empire, and Lost It All

Created Equal: The Painful Past, Confusing Present, and Hopeful Future of Race in America

The Betrayal: How Mitch McConnell and the Senate Republicans Abandoned America

Live Not by Lies: A Manual for Christian Dissidents

The Aristocracy of Talent: How Meritocracy Made the Modern World

All the Shah's Men: An American Coup and the Roots of Middle East Terror