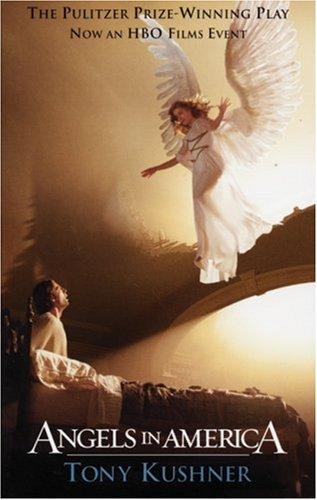 Angels in America is one of the most remarkable and celebrated plays of our time. Over 350,000 copies have been sold in paperback since their original publication in 1993.

Praise for the play:

Angels in America is the broadest, deepest, most searching American play of our time.--Jack Kroll, Newsweek

Playful and profound, extravagantly theatrical and deeply spiritual, witty, and compassionate, furious and incredibly smart . . . It's impossible to imagine anyone captivated by the beginning not wanting--needing--to go back for the end.--Linda Winer, Newsday

An enormously impressive work of the imagination and intellect, a towering example of what theatre stretched to its full potential can achieve.--Clifford A. Ridley, Philadelphia Inquirer

This Is Modern Art: A Play

The Importance of Being Earnest and Other Plays (Vintage Classics)

The Men in White

He Brought Her Heart Back in a Box and Other Plays

Faust, Part One: A New Translation with Illustrations

Who's Afraid of Virginia Woolf?: A Play

Boy Gets Girl: A Play

Ten Acrobats In An Amazing Leap Of Faith

Antigone: In a New Translation by Nicholas Rudall