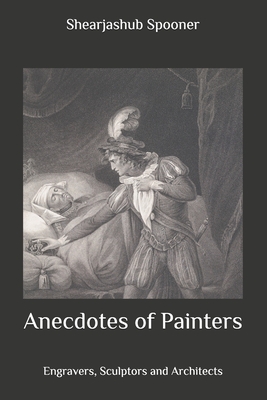 Champollion, the famous explorer of Egyptian antiquities, holds the following language at the end of his fifteenth letter, dated at Thebes. It is evident to me, as it must be to all who have thoroughly examined Egypt or have an accurate knowledge of the Egyptian monuments existing in Europe, that the arts commenced in Greece by a servile imitation of the arts in Egypt, much more advanced than is vulgarly believed, at the period when the Egyptian colonies came in contact with the savage inhabitants of Attica or the Peloponnesus. Without Egypt, Greece would probably never have become the classical land of the fine arts. Such is my entire belief on this great problem. I write these lines almost in the presence of bas-reliefs which the Egyptians executed, with the most elegant delicacy of workmanship, seventeen hundred years before the Christian era. What were the Greeks then doing?The sculptures of the monument of El Asaffif are ascertained to be more than three thousand five hundred years old.Thebes, an ancient city and capital of Egypt, and the oldest city in the world, was situated in Upper Egypt, on both sides of the Nile, about two hundred and sixty miles south of Cairo. Thebes is the city of a hundred gates, the theme and admiration of ancient poets and historians, and the wonder of travelers-that venerable city, in the language of Dr. Pocoke, the date of whose destruction is older than the foundation of other cities, and the extent of whose ruins, and the immensity of whose colossal fragments still offer so many astonishing objects, that one is riveted to the spot, unable to decide whither to direct the step, or fix the attention. These ruins extend about eight miles along the Nile, from each bank to the sides of the enclosing mountains, and describe a circuit of twenty-seven miles. The most remarkable objects on the eastern side are the temples of Carnac and Luxor; and on the western side are the Memnonium or palace of Memnon, two colossal statues, the sepulchres of the kings, and the temple of Medinet Abu. The glory of Thebes belongs to a period prior to the commencement of authentic history. It is recorded only in the dim lights of poetry and tradition, which might be suspected of fable, did not such mighty witnesses remain to attest their truth. Strabo and Diodorus Siculus described Thebes under the name of Diospolis (the city of God), and gave such magnificent descriptions of its monuments as caused the fidelity of those writers to be called in question, till the observations of modern travelers proved their accounts to have fallen short of the reality. At the time of the Persian invasion under Cambyses, Memphis had supplanted Thebes; and the Ptolemys afterwards removed the seat of empire to Alexandria. At present, its site presents only a few scattered villages, consisting of miserable cottages built in the courts of the temples.

The Art and Flair of Mary Blair: An Appreciation

A Farewell to Gabo and Mercedes: A Son's Memoir of Gabriel García Márquez and Mercedes Barcha

The Hare with Amber Eyes: A Hidden Inheritance

Hold Still: A Memoir with Photographs

A Room of Her Own: Inside the Homes and Lives of Creative Women

The King's Painter: The Life of Hans Holbein

Saga Boy: My Life of Blackness and Becoming

The Radical Potter: The Life and Times of Josiah Wedgwood

Save It for Later: Promises, Parenthood, and the Urgency of Protest

Vivian Maier Developed: The Untold Story of the Photographer Nanny

The Heart: Frida Kahlo in Paris

Malice in Wonderland: My Adventures in the World of Cecil Beaton

Women in the Picture: What Culture Does with Female Bodies

Making a Life: Working by Hand and Discovering the Life You Are Meant to Live

The Journal of Eugene Delacroix

A Choice of Weapons

The Life and Times of Jo Mora: Iconic Artist of the American West

Culture Strike: Art and Museums in an Age of Protest

The Philosophy of Andy Warhol: From A to B and Back Again

Barbara Kruger: Thinking of You. I Mean Me. I Mean You

The Isolation Artist: Scandal, Deception, and the Last Days of Robert Indiana

Vivian Maier: Out of the Shadows

No Compromise: The Work of Florence Knoll

Alice Neel: The Art of Not Sitting Pretty

The Man Who Made Vermeers: Unvarnishing the Legend of Master Forger Han Van Meegeren

Light on Fire: The Art and Life of Sam Francis

My Meteorite: Or, Without the Random There Can Be No New Thing

Man Ray: The Artist and His Shadows

Frida in America: The Creative Awakening of a Great Artist

Blue Territory: a meditation on the life and art of Joan Mitchell

The Art of Eric Carle

This Is Not for You: An Activist's Journey of Resistance and Resilience

Everett Ruess: A Vagabond for Beauty

Artists in Residence: Seventeen Artists and Their Living Spaces, from Giverny to Casa Azul

Chanel and Her World: Friends, Fashion, and Fame

Frida Kahlo: The Last Interview: And Other Conversations

What Becomes a Legend Most: A Biography of Richard Avedon

Jack Kirby: The Epic Life of the King of Comics

Frida Kahlo: Making Her Self Up

A Clearing in the Distance: Frederick Law Olmsted and America in the 19th Century

Sisters in Art: The Biography of Margaret, Esther, and Helen Bruton

Far from Respectable: Dave Hickey and His Art

Francis Bacon or the Measure of Excess

Warning: This Is Not a Motivational Story

Everybody Behaves Badly: The True Story Behind Hemingway's Masterpiece the Sun Also Rises

The Paper Garden: An Artist Begins Her Life's Work at 72

Steinberg at the New Yorker

Rockers: The Making of Reggae's Most Iconic Film

Born to Be Posthumous: The Eccentric Life and Mysterious Genius of Edward Gorey

Book Marks: An Artist's Card Catalog: Notes from the Library of My Mind

The Illuminated Life of Maud Lewis

Artists: Their Lives and Works

Daybook: The Journal of an Artist

Eric Stanton & the History of the Bizarre Underground

Vincent's Books: Van Gogh and the Writers Who Inspired Him

Under the Olive Tree: Memories and Flavours of Puglia

The Unruly Past: A Memoir

Yousuf Karsh & John Garo: The Search for a Master's Legacy

Michelangelo and the Pope's Ceiling

Art Is a Tyrant: The Unconventional Life of Rosa Bonheur

The Winter of the Cartoonist

Talking to a Portrait: Tales of an Art Curator

Escaping the Delta: Robert Johnson and the Invention of the Blues

The Alchemy of Architecture: Memories and Insights from Ken Tate

I Know What I Am: The Life and Times of Artemisia Gentileschi

It's What I Do: A Photographer's Life of Love and War