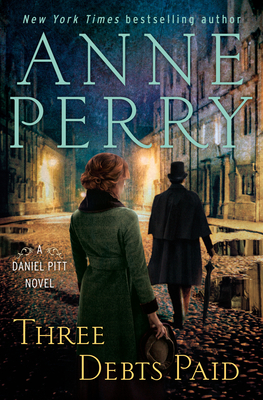 A killer is on the loose, targeting victims with a mysterious connection that young barrister Daniel Pitt must deduce before more bodies pile up, in this intricately woven mystery from New York Times bestselling author Anne Perry.

A serial killer is roaming the streets of London, and Daniel Pitt's university chum Ian, now a member of the police, is leading the search. The murders happen on rainy nights, but Ian knows the victims must have something in common beyond the weather. He turns to Miriam fford Croft, Daniel's good friend and now officially one of the first female pathologists in London, to tap her scientific know-how to find details he and Daniel have missed. With Miriam involved in the murder investigation, Ian passes Daniel the case of Nicholas Wolford, their former university professor. Charged with assault after reacting violently to an accusation of plagiarism, Wolford, a proud, boastful man, is loath to admit he was in the wrong. But Daniel must defend him--whether he likes him or not. As the murders continue with no clue as to who is committing them, Miriam, Daniel, and Ian find themselves questioning everything. Is the Rainy-day Slasher, as the newspapers have dubbed the killer, really just one person? Or have the investigators stumbled into a more complicated web of deceit? The answer may lie closer than anyone could have expected.

The Sweet Remnants of Summer: An Isabel Dalhousie Novel (14)

In the Blood: A Thrillervolume 5

The Girl Who Survived: A Riveting Novel of Suspense with a Shocking Twist