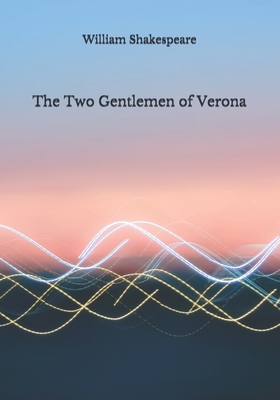 The Two Gentlemen of Verona

As the play begins, Valentine is preparing to leave Verona for Milan so as to broaden his horizons. He begs his best friend, Proteus, to come with him, but Proteus is in love with Julia, and refuses to leave. Disappointed, Valentine bids Proteus farewell and goes on alone. Meanwhile, Julia is discussing Proteus with her maid, Lucetta, who tells Julia that she thinks Proteus is fond of her. Julia, however, acts coyly, embarrassed to admit that she likes him. Lucetta then produces a letter; she will not say who gave it to her, but teases Julia that it was Valentine's servant, Speed, who brought it from Proteus. Julia, still unwilling to reveal her love in front of Lucetta, angrily tears up the letter. She sends Lucetta away, but then, realising her own rashness, she picks up the fragments of the letter and kisses them, trying to piece them back together.Meanwhile, Proteus' father has decided that Proteus should travel to Milan and join Valentine. He orders that Proteus must leave the next day, prompting a tearful farewell with Julia, to whom Proteus swears eternal love. The two exchange rings and vows and Proteus promises to return as soon as he can.In Milan, Proteus finds Valentine in love with the Duke's daughter, Silvia. Despite being in love with Julia, Proteus falls instantly in love with Silvia and vows to win her. Unaware of Proteus' feelings, Valentine tells him the Duke wants Silvia to marry the foppish but wealthy Thurio, against her wishes. Because the Duke suspects that his daughter and Valentine are in love, he locks her nightly in a tower, to which he keeps the only key.

The Field Guide to Dumb Birds of North America

We All Want Impossible Things

The Comedians in Cars Getting Coffee Book

Dad And Me Setting Farts Free: A Funny Read Aloud Picture Book For Fathers And Their Kids, A Rhyming Story For Families

Does It Fart?: The Definitive Field Guide to Animal Flatulence

Dickens and Prince: A Particular Kind of Genius

Unspirational 2023 Day-To-Day Calendar: Never. Give Up.

Pickleball Is Life: The Complete Guide to Feeding Your Obsession

Interesting Facts For Curious Minds: 1572 Random But Mind-Blowing Facts About History, Science, Pop Culture And Everything In Between

I Could Pee on This: And Other Poems by Cats

No One Left to Come Looking for You

If This Book Exists, You're in the Wrong Universe: A John, Dave, and Amy Novel

It's Not The Duck: It's The Walk And The Talk

None of This Would Have Happened If Prince Were Alive

Horizontal Parenting: How to Entertain Your Kid While Lying Down

How to Talk to Your Cat about Gun Safety: And Abstinence, Drugs, Satanism, and Other Dangers That Threaten Their Nine Lives

Fuckery: The Life and Times of a Legend (in Her Own Mind)

I'm No Philosopher, But I Got Thoughts: Mini-Meditations for Saints, Sinners, and the Rest of Us