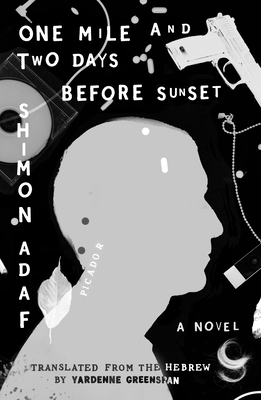 One Mile and Two Days Before Sunset

In Shimon Adaf's Lost Detective Trilogy, what begins as conventional mystery becomes by degrees a brilliant deconstruction not just of genre but of our own search for meaning. Both profound and compulsively readable, these books demand to be devoured. --Lavie Tidhar

At age thirty, Elish Ben Zaken has found himself in a life he never imagined. As a university student, Elish was an esteemed rock-music critic for local newspapers; now, disenchanted with an increasingly commercialized music scene, he has joined a private investigation agency where he is content to be a clerk of small human sins--a finder of stolen cars and wayward husbands. But when a disconcertingly amiable detective asks him to look into the suicide of an infamous philosophy professor--and the police file contains an unexpected allusion to Dalia Shushan, a celebrated young rock singer whose recent murder remains unsolved--Elish's natural curiosity is piqued. And when violence begins to dog the steps of his investigation, he knows that dangerous secrets are at hand. Haunted by the ghost of Dalia, a true artist with a transformative voice whose dark brilliance Elish was one of the first to recognize, he must face the long-buried trauma of his own past in order to unravel the intertwining threads of two lives, and their ends. In Elish, Shimon Adaf has created an unforgettable protagonist. A former philosophy student with a questing mind, born to Moroccan parents and raised in an outlying town, he is an eternal outsider in cosmopolitan Tel Aviv. Equally, One Mile and Two Days Before Sunset is a detective novel unlike any other: an incisive portrait of a man and a city, and a meditation on disappointment, on striving for beauty and for intensity of experience, and on the futile desire to truly know another person.