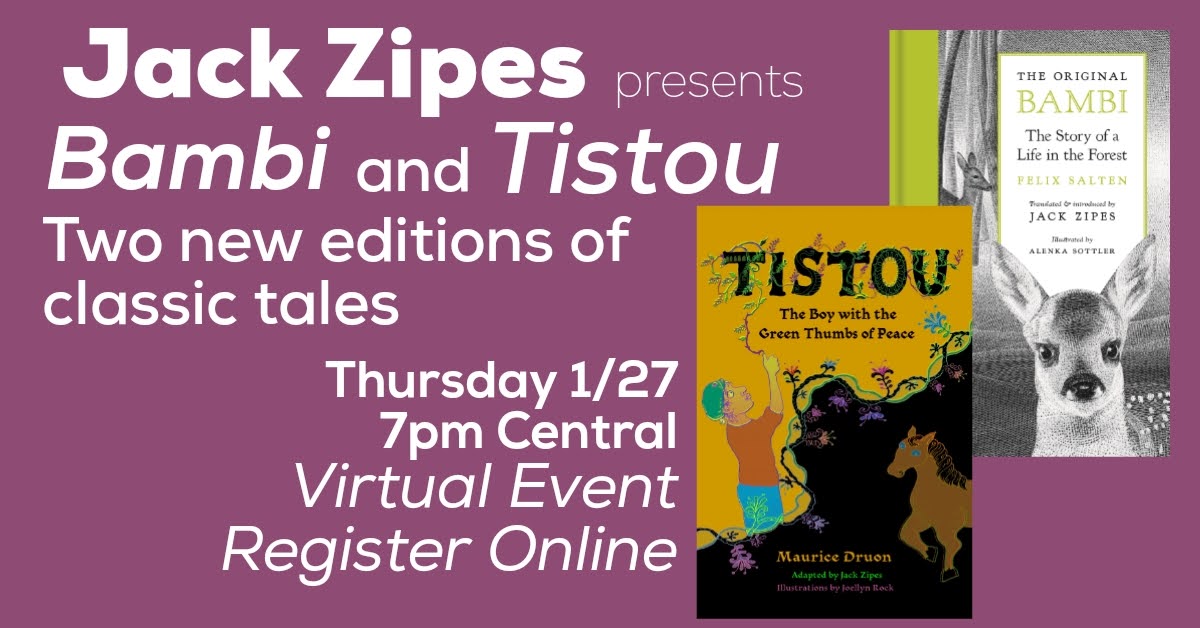 Register Now
Zipes presents new editions of classic tales, Bambi: The Story of a Life in the Forest, and Tistou: The Boy with the Green Thumbs of Peace

About The Original Bambi: Most of us think we know the story of Bambi—but do we? The Original Bambi is an all-new, illustrated translation of a literary classic that presents the story as it was meant to be told. For decades, readers’ images of Bambi have been shaped by the 1942 Walt Disney film—an idealized look at a fawn who represents nature’s innocence—which was based on a 1928 English translation of a novel by the Austrian Jewish writer Felix Salten. This masterful new translation gives contemporary readers a fresh perspective on this moving allegorical tale and provides important details about its creato

About Tistou: When eight-year-old Tistou is sent home from school, his parents decide that he wall learn from real life instead, and where better to start than gardening? With Moustache the dreamy gardener, Tistou discovers a remarkable gift—that he has green thumbs! Everything he touches sprouts beautiful plants. Now Tistou has lots to do. With the power of flowers, he can change everything—prisons, slums, hospitals...even war.

Jack Zipes is professor emeritus of German and comparative literature at the University of Minnesota. In addition to his scholarly work, he is an active storyteller in public schools and has written fairy tales for children and adults. In his happy retirement he founded a small publishing house called Little Mole and Honey Bear. Some of his recent publications include: Tales of Wonder: Retelling Fairy Tales through Picture Postcards(2017), Fearless Ivan and His Faithful Horse Double-Hump(2018), The Hundred Riddles of the Fairy Bellaria(2018), Slap-Bam, The Art of Governing Men: Édouard Laboulaye's Political Fairy Tales(2018), The Giant Ohl and Tiny Tim(2019), Johnny Breadless(2020), and Hermynia zur Mühlen's The Castle of Truth and Other Revolutionary Tales(2020). His new mission in life is to unbury dead and neglected authors of fantasy and to create conditions for a better world. 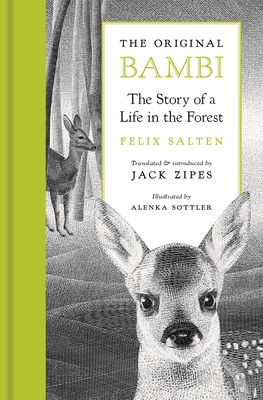